Interview with Simon Geraghty of Dot Dash, A Modern Marketeer 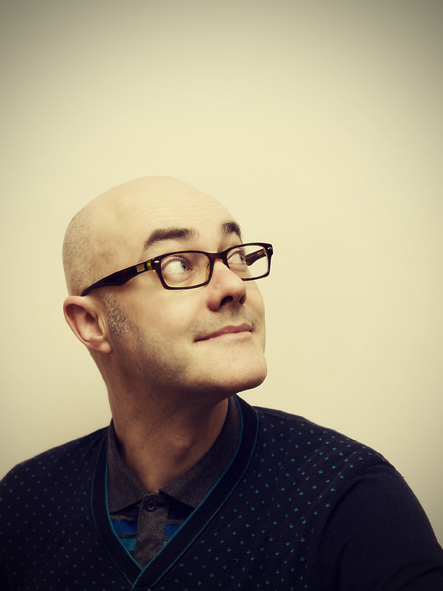 Written by Dara Lawlor. This article originally appeared on http://idiabolo.com

Towards the end of his time working with O2 Simon was torn as to whether to continue working as a marketeer in the tech sector, returning to the agency world where he had cut his teeth for the initial six years of his advertising/marketing career, or else striking out on his own.   He had noticed in focus group after focus group that a large number of businesses were crying out for marketing help in the digital space.   They may have had nice websites but were unsure what to do with them next.  This was the only market research he needed to be convinced that there was a business in delivering these services to smaller business on an outsourced consultancy basis.

In summer 2011 in the middle of the most severe recession Ireland has experienced in over a generation he decided to set up his own business.

Why set up your own business now?

There are a lot of benefits in setting up your own business but I guess the biggest one is getting to shape something in your own image. You get control over all aspects of the business: company name, logo, website, pitches, networking and sales; that was really refreshing after working in the corporate world for so long.

You also get to put your own ideas into practice. Ideas aren’t that easy to come by, and it’s always better to regret something you have done rather than something you haven’t…. Getting a redundancy settlement also helped!

What does Dot Dash do?

We offer outsourced marketing services to the SME market.  The ideal candidates for Dot Dash are principally companies with less than fifty employees who don’t currently have an in-house marketing department.  Our main focus is in the digital and social media sphere.  We do a lot of work with companies who already have websites, and want to up their publicity through improved search engine rankings, particularly via their social activity, thereby improving sales. It’s about helping them optimise the content, keeping their website fresh, and making sure it’s easy to find.

How are the traditional agencies managing the transition to the digital age?

It’s a time of massive change for them and different agencies are coming at it from different angles.  Public relations companies are tapping into the blogging aspect as a means of communicating out to the press.  The below the line businesses are seeing their traditional “by-mail” business transform into an email-based business.

The creative agencies have no choice but to be more au fait with the digital space and move away from grabbing a still from their TV ad and start to build campaigns where digital is no longer an after-thought.  The media agencies are the front runners in driving spend down through the digital channel, however trading desks at the leading social and search companies. I think there is a blurring of lines between the agencies, those that are tackling the changed environment head-on will thrive while those that don’t will start to fade away.

How do you see the marketing space evolving in the coming years?

There are going to be significantly more outsourced opportunities for marketeers.  We’re already seeing a pattern of some of the larger brands beginning to run their Irish marketing out of the UK.  As a result there’s also a noticeable trend of bringing in local experts on a project by project basis rather than have them as full time employees. Ultimately, I believe the enterprise clients will run their main message out of Europe or the UK, and have out-sourced partners to run their local campaigns.

Dot Dash isn’t currently pitched towards larger enterprise clients, our target market is the smaller businesses that want to publicise themselves but do not have the capacity to hire somebody for that function on a full time basis.

What tools do you need to do your job?

I keep investment in tools to the minimum as the less I pay for them, the lower the fees I charge my clients.  I use WordPress as a blogging and web-design tool and have a designer who is proficient in adapting the available themes and skins to my clients’ needs.  TweetDeck and HootSuite are great for managing a number of social media accounts at one time, but I think there’s a need to develop a more all-encompassing dashboard for businesses. This tool would look after content curation, response, and the overall community monitoring piece.  For my own office based needs I use a lot of Google products (calendar, docs, gmail).

Companies are looking to tap into and leverage free tools such as LinkedIn, Twitter, and Facebook but often don’t have the time or the expertise in how to engage meaningfully with them. Dot Dash will show companies how they can use these powerful tools to publicise their businesses.

Ireland 2012, austerity, doom and gloom in the newspapers. How do you find it as a place to do business?

There’s a good energy out there.  A lot of people have tuned out from the negative message although you wouldn’t know that to look at some of the newspapers.  But I think day-to-day anyone who is running a business just has to get on with it.  People in the start-up space are rolling up their sleeves and are looking to do it for themselves rather than moaning or waiting for the banks and the government.  There are an enormous amount of great conferences, networking opportunities, and forums that people can tap into and energise themselves. The Archie Talks series is a great example of this type of event.

What do you think is the main difference between our current recession and the one in the 80′s?

We now have the ability to serve a more global market, whereas twenty years ago we would have been quite insular and have been reliant on the local market. The physical limitations imposed by being an island are no longer the constraints they once were.  It is now much easier for businesses that are manufacturing or creating software to tap into markets globally.  this provides opportunities for partners who work with these sectors.

There is also the enormous growth in Web 2.0 sector locally as an employer (Google, Facebook, LinkedIn, and Twitter still to come). As long as we can keep our keen Corporation tax levels in place then the ability to attract and keep these HQ’s in Ireland will continue, this in turn will yield enormous dividends to the economy on a whole range of levels.

As a child of punk rock what are you listening to now?

I find reggae is great background working music, as well as old soul and funk.  I’m also enjoying Ty Segall, Jacques Dutronc, Tinariwen, Deerhunter along with some of the newer psychedelic stuff coming out of the States at the moment. The National is as mainstream as it gets for me.

I’m really enjoying Bored To Death with Ted Danson and the guy from the Hangover, as well as The Wire (I finally got my hands on the box-set).  I’m waiting for the next season of Game of Thrones and Walking Dead to come out and am about to start streaming Empire Boardwalk.

I’ve a voracious appetite for anything that’s written in the digital marketing and technology space and I spend far too much time reading Mashable, Wired, The Next Web, Fast Company, Inc and TechCrunch.