Overdue a visit to the production music library? 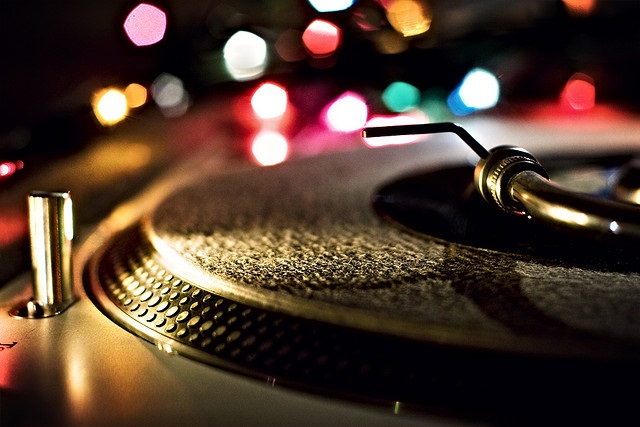 You have shot your web video, you have edited and even graded your footage. You might have used an expensive HD broadcast camera, or you even a device as simple as an iPhone to capture your scenes. And finally, to the music.

What about permission, licensing and costs? Do you obtain the rights to a commercial song or will a production music library track deliver the type of music you are looking for?  Licensing music for can be a minefield of administration, negotiations and costs. Here we outline what you need to know and the options available to businesses and media producers alike.

Music industry changes means many artists have changed their tune

There was a time when many artists refused to license their tracks for commercial purposes. Certain musicians preferred to maintain their artistic integrity and felt that they did not want their music cheapened by associating it with a brand or product. Back in 2006, Bill Flanagan of CBS wrote about the Beatles, who did not control the rights to their music publishing, and who had to fight to stop their songs being used to advertise a pair of runners!

In 2013, as radio becomes a less popular for launching new music, revenue to bands and songwriters  from advertising becomes more important. As sales of songs dwindle many bands are now happy to sign a contract to endorse a brand for a certain period. These days new bands even see it as a coup to get their music on a TV commercial as it gives them immediate exposure that might otherwise take months of promotional work to achieve.

So what will this all cost us?

For any given successful commercial track the licensor must contact the publisher of that song and begin negotiations from there. The publisher will usually seek the artist’s permission first off, that is if the artist has a say in the first place.  The recording of the song, known as the mechanical part of the license, is also required. This is usually owned by the record label and often incurs a cost too. The publisher’s fee will depend on a number of factors and it usually boils down to not only the popularity of the given track but also the size of the potential audience, will it be used on TV, radio or just online? What stations, countries or territories, and are you looking for exclusive use with that one product or not?

So what do major brands actually pay for the use of commercial music? Phillips Electronics licensed a Gomez cover of a Beatles song and it is estimated that they paid $1 million for this. However that was in 2001 and with the decline in music sales fees have also decreased. Some bands are now a lot happier to use commercial licensing as a means to generate revenue.

Green Light Music is a licensing business and part of Bill Gates’ Corbis company. Green Light is attempting to make it a lot easier for advertisers to quickly gain the rights to use commercial music for brand promotions. It helps licensors to negotiate a fair price for a track easily and online. They also offer the licensing of a huge range of songs with pre-approved prices.

For many businesses budgetary constraints do not allow the licensing of a desired track. While others might just want to create a certain feel or tone to assist the story, but not necessarily using a song that is recognizable. In these cases there are hundreds of production music libraries which offer every conceivable style and genre of music.

Many music libraries in the UK license their music under the Performing Right Society (PRS) system. PRS provides set pricing on a range of licensing options from online use at €41, to €14,000 for the use of a track with worldwide TV ad campaign.

Another player in this space is Audio Networks which is an independent music library that has devised its own licensing system. It licenses tracks for business use for €105 and €495 for TV. Audio Networks is signing new artists directly and using their music in TV, film and commercials. This makes sense for a lot of artists where getting any kind of lucrative record deal would be quite difficult these days. When signing to a library, their music could immediately begin to make them good revenues and give them excellent exposure. Cissie Redgwick is a swing artist on their catalogue.

There are also smaller production music libraries such our own company, Muziko.com. We provide music across all styles and genres but also offer a custom music option for ad agencies and TV production companies. Muziko has written custom tracks for brands such as Vodafone, Kia Motors and SMA foods among others. Here’s the custom track we developed for Kia Motors.

So why not visit your local production music library today?

Today there are so many choices for adding music to your online media or ad. Commercial music by established bands, tracks from up and coming music acts or music from pre-cleared production music libraries make for lots of choice. With changing economic trends affecting the music industry the various demands and pricing structures will always change too. If one thing is for sure, it is that music will always enhance the feel and tone of an online video giving it something special in helping to convey a message. There are plenty of options – you just have to choose which one works for your media.

This is a guest post on the DotDash blog. Alan Killian is the director of www.muziko.com an online production music library based in Dublin, Ireland.