4 Reasons Your Business Should Tumbl 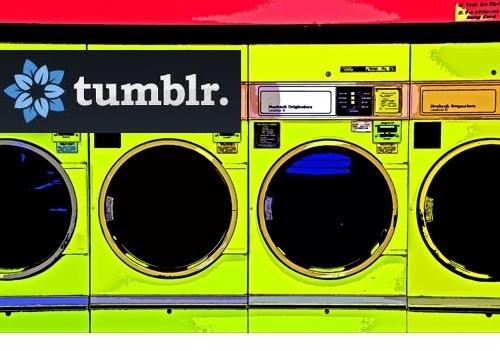 Is your business ready for tumblogging?

So you are already up on Facebook and Twitter with your business and want to broaden your social footprint.  You’ve put time and effort into your social media and have seen the success of this activity by getting your products and services in front of a new audience. What are your next steps? Are you thinking about setting up a blog but aren’t sure about the time and effort involved? Are your products and services highly visual? Can you lay your hands on great content and images? Well in that case tumblr might just be for you.

The key strengths of tumblr are its ease of use, viral nature and active user base that can equip your business with a powerful publishing platform.

Before going into more detail I would like to quickly re-cap on why you should you be blogging as part of your digital marketing strategy. Blogging allows you to promote yourself as an expert in your field, it gives you the ability to engage in dialogue with your existing and potential customers and it provides fuel for your website’s SEO (Search Engine optimisation).

What is tumblr? Some Facts:

Tumblr (stylised as tumblr) is a social networking website and micro-blogging platform that allows users to post text, images, videos, links, quotes and audio to their short-form blog, called a tumblog. Like other social platforms you can follow other users, and re-blog their posts, or you can choose to make your tumblog private. It is certainly not the new kid on the social media block and was founded back in 2007 by David Karp.

A micro-blog, such as tumblr, differs from a traditional blog in that the content is typically shorter and a smaller file size. Micro-blogs allow users exchange small chunks of content such as a short sentence, an individual image, or links to videos.

Tumblr enables your business to dip its toe into the blogosphere and to do so in a longer form than Twitter; I’ve seen tumblr described elsewhere as a midway point between Twitter and WordPress. As of January 5, 2012, tumblr had over 39.5 million blogs, serving 120 million people and 15 billion page-views every month.

Some more figures on the rise of tumblr (from November 2011):

As with any channel you decide to use, you need to ask yourself are my audience there and how should I engage them? The average tumblr user’s profile is young – 56% of tumblr’s visitors are under 34, and more likely to be men (at 52%). If that sounds like your average customer, or your desired audience, read on and I’ll outline some of tumblr’s key benefits.

What are the benefits tumblr can offer your business?

Are your products and services highly visual? Areas such as Photography, Architecture, Interiors, Exteriors, Landscape Gardening, Design in all of its many guises, Clothing & Fashion, Haircuts, Publishing, Tattooing all readily lend themselves to tumblr. However, having access to good quality images is a must for success in the area.

Tumblr is great as a platform to easily and quickly set up a blog for your business with a really low cost of entry (how does zero sound?). But if you aren’t armed with a reasonable camera or are unable to generate images of your work readily tumblr is probably best left alone.

Harness this highly visual blogging platform and put your creative side forward; DotDash is currently using tumblr as a mood board for an up-coming project close to home. If you are on tumblr already share your details below, and if you are just here to spam me – enough already…!