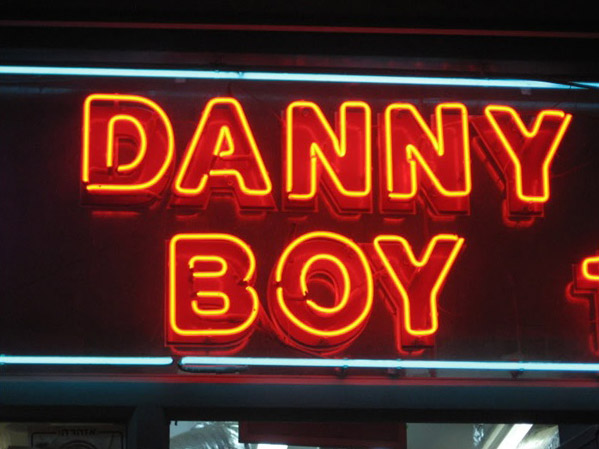 So we came second at the Incubator, but to us our real prize was coming to America, not winning. And then you know what?  We actually did win a prize in the end! We were hugely proud to win a DANI at the Digital Advertising Awards NI for Best Mobile App.

Then the Sunday Business Post interviewed us for a piece they are running on Irish start-ups who have moved over to New York, so keep an eye out for the article coming soon! Some others who are on their way over:

But it hasn’t all been plain sailing, it is now 5 weeks since we finished the Incubator. Thursday 16th of August was come down time, in all it took us 5 days to recover as we hadn’t slept  in the run up to the pitches.

We found ourselves dazed and rubbing our eyes out in the real world. The Incubator was almost like a school setting, a safe environment where we were well supported.

Our first order of business was to recuperate and recharge. We had a chilled week where we all had 15 hours sleeps everyday for 5 days. The team is now down to two as Dermy has gone back to Northern Ireland to do some more schoolwork. We had an amicable parting of the ways. We also had to have the whole equity talk, it was a mature conversation. Thankfully there were no toys thrown out of the pram.

We all sat down before the pitch and the conversation was done in ten minutes. Alex kept the minutes of the meeting on his father’s advice. It worked out really well for Dermy over here and he’s now got some great contacts in New York and in London. He sees himself ultimately working in a marketing agency, an ad agency or a marketing role in a firm.

We also needed to sign contracts ourselves. These were drawn up by lawyers. We had to think about what might happen if we all fall out.

The thought hadn’t occurred to us.

Then Tiernan headed out to the infamous Burning Man Festival in Nevada’s Black Rock Desert, you couldn’t find a place more unlike New York in America if you tried. He managed to come back alive, which is great!

Bonfire of the Vanities

Speaking of burning, in Manhattan you simply burn through cash at an amazing rate. $50, $60, $100 doesn’t feel like it is worth much and it certainly doesn’t go anywhere here! Our stipend from the Incubator finished last Friday.

We are doing whatever we have to do to survive we’ve taken up part time bar jobs so we can get by and we are really lucky that our parents are able to support us as well, even though they aren’t too sure what we’re doing over here!

When it comes to finding accomodation, every landlord looks for 3 months rent: your first month, your last month and your current month’s; before you know it you’ve just dropped $ 2,500 to get a roof over your heads.  We are now living in East Williamsburg, 5 stops from Manhattan on the L train.

We are looking for a place to work out of now. We looked at Projective Space NYC last week, a beautiful co-working space in SoHo. We spent a few days in Skillshare as well.

It’s good to get of the apartment; we also hang out over at the very cool Ace Hotel on Broadway. The place is jammed full of people coding, it almost seems that everyone in the lobby is working on some type of start up. I’d definitely recommend it to anyone who comes to New York on business.

We also cycle everywhere to save money. Lean startup right?

Legally Blond: what do you mean you haven’t incorporated yet?

We recently realised we needed to incorporate as well! We had been too busy building and selling.

One of the many bonuses of being part of the Incubator is that we got $5,000 worth of legal access. As you can imagine lawyers in New York are unbelievably expensive. Our lawyers,SNR Denton Law Firm, who are very pro-start ups,have invested time in us and when we become big they will benefit as well.

While Tiernan was gone, I got our house cleaning done and spent most of my time with SNR, who have been brilliant. They paid for our Incorporation and Patenting, we also got our NDA’s and other legal stuff for free all on the condition we stay with them,  which suits us fine.

Their advice has been great, and our lawyer replies to emails like bullets from a gun, she always seems to be ready and waiting.Thanks to her we are now PearUp Inc!

We are putting together our deck for potential investors now, this has to be pin sharp. Clear. Succinct.

One thing we hadn’t realised was that Manhattan shuts down completely for the week around Labor Day, which fell on Monday 3rd of September. This was really strange given the normal go-go-go nature of the city, we put our VC applications on hold so we didn’t get caught up in the post Labour Day weekend pile!

The Incubator sent us their VC list with their direct emails and we are sending them mails letting them know what PearUp does. We have also met half of them as they came in to give us talks as part of the Incubator.

We are researching these people finding out what they’ve invested in previously and what type of person they are. It seems a lot are investing in the same type of thing: social, local mobile apps… We don’t want to be like Homer Simpson and the counterfeit jeans shouting “Me too!” in an already overcrowded market place. We have something to offer and something of value.

Jerry Kenelly from Tweak.com took us out to dinner with a friend of his from Credit Suisse who is also Irish, Mike Brewster. Jerry is a born and bred Tralee man like myself who received a substantial exit in 2007 with Stockbyte. He was able to tell us about dealing with VCs and what to do if it comes to a point where you have to buy them back and othe very sueful information.

While Tiernan was away at the Burning Man I began to understand how people get lost in big cities. If I ever got sick of Dublin I could always hop on the next train to Tralee and sit and watch Sky Movies back at my mother’s house. That is not an option now, so I’ve had to figure the whole place out! Graduation in on the 5th of December and I’ll be home for that.

We both agree that going home is the white flag. We have clarified where we are now and what’s next. We are quietly confident, if we can make it here…..