Pear Up Vol 4: Going into the Final 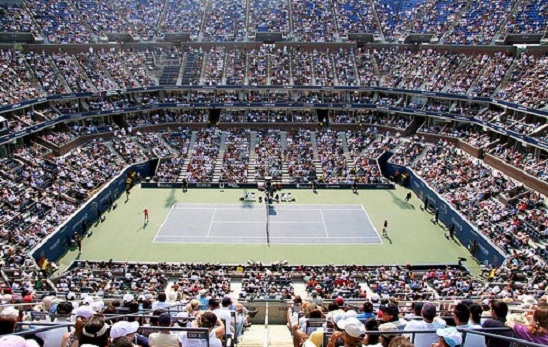 This is our version of the US Open

Make or break, we are now into our final match in this competition. This is the week we are pitching on both Wednesday and Thursday. The stress levels are up across the board.

At the start of this process the PearUp team were the only ones pulling weekends and late nights. We had the place to ourselves and been working until 4am, no distractions. Now everyone else has joined us.

All the other teams have really pulled their socks up, as you’d expect. We’ve seen plans, presentations, websites floating around the office. It has all brought home the fact that we are up against hugely talented competitors.

It is only $10K, in the grand scheme of things, but it will pay our rent here for 3 months and it would be a great accolade to say we’ve won. Huge kudos for the PearUp team against stiff opposition.

Going through our final drills, working on our first serve

We are all rehearsing our roles so we know what we are saying on each slide. None of us want to draw a blank and look like a jackass.

We have had all our content ready since Saturday, and we’ve been looking at presentation styles since then. We originally wanted to present in HTML5 but it just hasn’t been practical.

We will now spend 3 days of doing the same thing as a team. Focus constantly on our delivery to really nail it.

We don’t really know anyone in New York and with less social distractions we are primarily working on our product and pitch.

The flip side of an incubator is seeing too much of people. There’s a bit of being a contestant in a Reality TV show setting in and people are beginning to get on each other’s nerves. We’d love to have our own space now.

It has been weird and all consuming,  in the last few days in particular. We’ve really needed a break from the office. So last week we had dinner with Paul Canetti who is the founder and CEO of Maz Digital (digital publishing, newspapers and magazines use his tool to make content).

They were able to share loads of info and feedback, especially their legal stuff. In the land of lawyers it costs quite a bit to get access and time with a lawyer, as you can imagine. The guys at Maz Digital sent us their NDA’s and Privacy Policies for us to adapt for our product, saving us a heap of money.

They have just closed a round of funding and Paul has talked to more than 300 VCs. He says a lot of it comes down to your press particularly in the Tech sites TechCrunch, The Next Web, NYTimes etc. which he never really believed until an article was written about him in Business Insider.

Who else have we met on the circuit?

All work with OMD and Omnicom over here. We’ve been directly exposed to tonnes of web 2.0 heroes as part of this process which has really been amazing.

Tactics for the final

We have stuff we want to hold back. It is still a competition after-all and we don’t want people to see our game plan.

We plan to go 1st in the running order each day, looking to be the pace setters.  We learnt back in college, in similar pitch scenarios, that the judges are likely to be stuck in a room for 8 hours, possibly even having lunch in the same room.  We are being somewhat tactical about it, but obviously not playing mind games in the classic Alex Ferguson style!

We are really focussed on the VC pitch on the second day. Out of the group of 20 New York based VC’s and Angels – we already know two of them. Last year Last year out of 7 out of the 8 projects got funding.

Whatever happens, the competition is finished this week and then it is back to the real world.

After an epic tie-breaker in the final set we came a close second.

Yeah it’s disappointing to come second, but with hindsight if you said we would come second at the beginning of the programme we would have bitten your arm off!

We are looking for meetings with VCs at the moment, but we’re more focused on getting the product in to clubs first and building traction and momentum. Onwards.