PearUp Vol 1: Landing a place on the dream Incubator 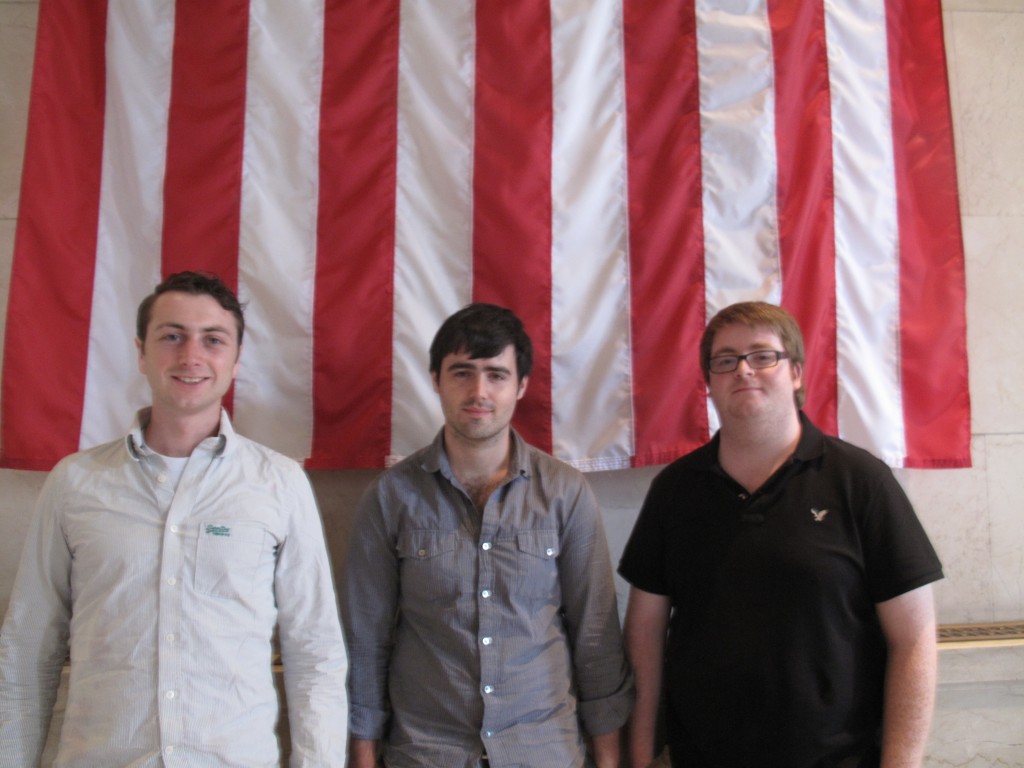 DotDash are running a mini-series of blog articles on Irish Start Up PearUp . This is the first in the series.

Each year GE and OMD run a 10-week incubator program bringing together the brightest student entrepreneurs to work in New York City for the Summer.  This year sees 3 Trinity graduates flying the green white and orange flag alongside graduates from Stanford, MIT, NYU, Cornell among others and are the sole non-US startup in the competition.

Alex first came up with the idea on a visit to New York the previous year. Due to the unforeseen travelling problems caused by Hurricane Irene, Alex arrived a day later and was stuck for 24 hours before he could meet his friends. He thought to himself “wouldn’t it be cool if I could log on somewhere and meet someone to play tennis with right now?” and so PearUp was born.

Alex approached Dermot in early December 2011 to be part of the class project and Dermot was immediately sold on the idea. The pair worked together for the following semester developing and building the business.

What are they working on? PearUp is a mobile app aimed at people looking to play their favourite sport whether its ping pong, squash, tennis or even a game of five a side. The app allows people to compete against strangers in a safe and fun environment, working their way up the PearUp leader board. The Pear Tree provides users with a list of available slots to compete against someone at their local gym.

The Pear Up app is targeting 3 audiences:

The successful Incubator program is now in its second year and provides complimentary work space on Broadway, mentorship from GE and OMD executives, free access to classes at weekly General Assembly  sessions with founders, product and design leads from notable startups, and a stipend of $4,000 for the summer. And importantly for the PearUp team there is no equity exchange.

The sole aim of GE | OMD Incubator program is to create a collaborative environment where entrepreneurs can learn, thrive and build great digital products.

At the end of the program, running from the 4th of June to the 17th of August, the PearUp team will get the opportunity to pitch their product to GE and OMD executives for the chance to win $10,000 prize.

The Irish team’s adventure started back in late March 2012, in the middle of Alex and Dermot’s finals, when Alex read a tweet from Cindy Gallup. The tweet mentioned the closing date was approaching to apply for an Incubator program aimed at startups, April 12th 2012.

Then on the night of the Trinity Ball Alex got an email at 2am, just as the Friendly Fires set drew to a close. As he rambled into Bewley’s for breakfast the next morning his first thought was “did I just dream that?”

He checked his mail again and sure enough it read “You’ve been selected for the final round for the GE | OMD Incubator program 2012.”

The next hurdle was a Skype interview with the organisers at 7pm on the 24th of April, just before Chelsea beat Barcelona in the Champions League Semi-Final Dermot remembers “as they threw us questions about our concept, the market leaders, our competitors and how we knew each other we came off the call feeling like we had really nailed it.”

The team got the news they had been accepted the following week 3rd of May at midnight the night before their final exams. They had no developer on board at that point.

Tiernan Kennedy was a mutual friend from Trinity College and when offered the opportunity agreed without hesitation.

Their next challenge was to get their US visas arranged, processed and delivered. The first port of call, as it is for every other Irish student, was a trip to USIT who informed Alex that it would take 8 weeks minimum to turn their visas around.

Dermot tells us “we simply decided we were not going to let this stand in our away.”

Sheer determination, tenacity and bloody mindedness saw the visas for the 3 turned around in 5 weeks. The process involved letters written by former Labour Party Leader and Irish Tanaiste, Dick Spring, a Conservative Republican Congressman from Missouri, Todd Akin, and the help of a US based Venture Capitalist, Will Porteous.

Alex cornered Porteous at the Dublin Pub Summit, a networking event for Dublin’s burgeoning startup community, on the 22nd of May in NoName Bar with the simple question “I need to talk to you right now, do you know any lawyers to expedite the visa process to help us get into the US?”

Porteous gave Alex access to immigration Lawyers in California and with a massive push from both sides of the Atlantic the PearUp team landed in visa in hand in New York. Arriving 8 days after their fellow competitors they have had to hit the ground running, with the pitch to decide the winner is on the 17th August, they have 6 weeks to go.

So far the Incubator has given the Pear Up team access to OMD’s client list such as EHarmony and Visa. Now their aim is to get a minimal viable product stage into testing next week and to find a Manhattan based sports club willing to talk to them.

Follow their ongoing adventure on the program/ programme (depending on what side of the pond you reside) at www.pearup.tumblr.com.