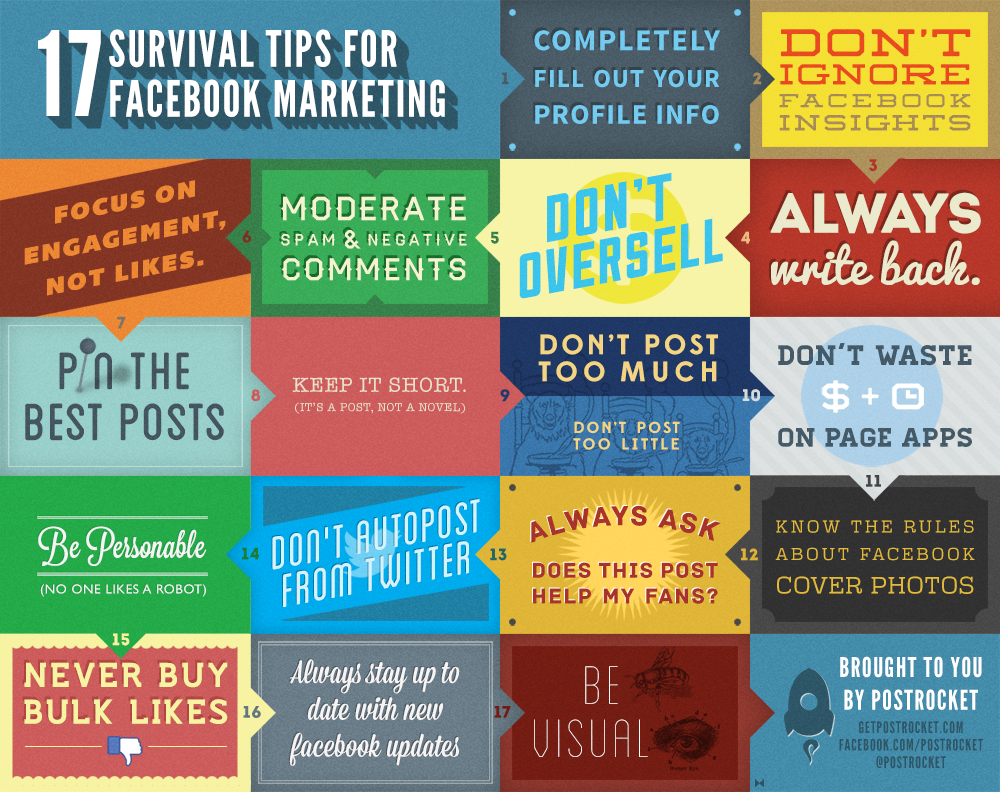 Much has been written on the subject of recent changes introduced by Facebook which have lowered the reach of pages on the platform unless you are willing to pay to promote your content via Facebook Promoted Posts. Facebook rolled out these changes in May 2012. We’ve decided to look at both sides of the debate here, is this a post IPO shakedown of small business or all just a little misunderstanding? You decide.

In the Blue corner

The platform introduced changes in May 2012 to promote content to a greater number of fans than those who are most engaged with your page. According to Facebook ‘Promoted posts appear higher in news feed, so there’s a better chance your audience will see them.’

Figures released by the site show that between May and the start of December last year more than 300,000 Pages (2% of all Pages) have used promoted posts.

An article on Techcrunch, ‘Killing Rumors With Facts: No, Facebook Didn’t Decrease Page Feed Reach To Sell More Promoted Posts’ outlines the situation. Facebook’s Edgerank algorithim determines what content each user sees in their respective news feeds. This algorithm was recently updated to ‘more aggressively punish spammy Pages. These Pages are seen to post too frequently or have intrusive content. It also made it easier to report spam Pages. These measures are seen as protecting fans from spam updates.

Facebook pages have only ever reached a small percentage of fans with each post and that ‘Promoted Posts’ had no effect on news feed reach. ‘Promoted Posts’ is an easier way to buy ‘Sponsored Stories’ right from the news feed, rather than the more complicated separate ad-buying tool.

It has been stated that the average Facebook Page actually only reaches 16% of its fans with each post. Reasons for this include:

Other reasons for low reach and engagement can be down to the fact that initially fans may not have had as many friends or liked as many pages and so saw more of a Pages news feed. However, the more a Facebook user makes friends and likes Pages the more competition there is for space in their news feed.

So far all this seems to add up.

In the Red corner

We first noticed the signs of disquiet over on Dangerous Minds and The New York Observer in late October. Dangerous Minds posted ‘Facebook: I want my Friends Back‘ claiming their Facebook shares and pageviews from the platform were down 50-60% , while the number of new “likes” of the Dangerous Minds Page had almost doubled in the same period.

They also estimated they would have to pay over $672,000 per year for what they ‘got for freebefore Facebook started turning the traffic spigot down.’

Next up, The New York Observer’s article ‘Broken on Purpose: Why Getting It Wrong Pays More Than Getting It Right’ claimed that ‘Facebook is broken, on purpose, in order to extract more money from users.’

Our compatriots at Simply Zesty came to the conclusion that ‘Facebook has sold the soul of its platform to milk more money out of it and that is a short-term win that won’t work in the long-term.’ The team at Simply Zesty said they were feeling ‘absolutely cheated’, having put in so much hard work to build a vibrant community, they now have to pay to talk to this same group of people.

Meanwhile, Techcrunch posted another article on the subject in November ‘Facebook Has Decreased Page Reach, And Here’s Why’. Here the teams at Social Bakers and We Are Social analysed the data for the average post organic reach of 41,051 posts made by 274 sample pages,  from the 10th of August to the  2nd of November 2012.

They found a ‘precipitous drop’ in organic reach, more than 40% since August! See graph below:

They also found this drop in reach affected pages of all sizes fairly equally: 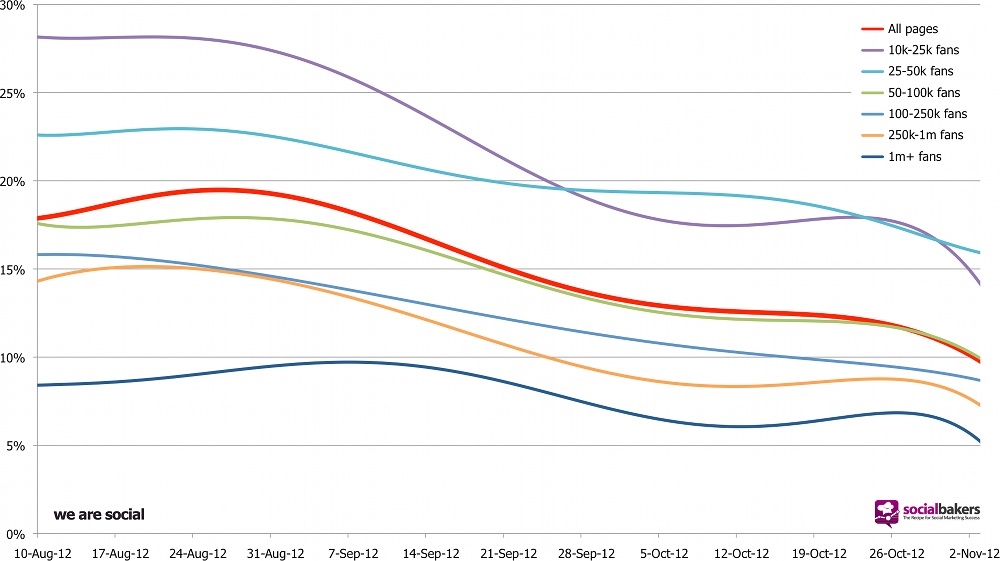 The article points out that engagement levels have stayed steady despite a fall in reach.

Many commentators expressed suspicion about the timing of the introduction of Promoted Posts following Facebook’s now infamous ‘badly managed IPO’, you know the one that made Bono an even bigger millionaire and then saw the share price tank. It has been suggested that the worse Facebook performs the more advertisers will need to use ‘Promoted Posts’ to reach fans.

Philip Zigoris, an engineer on the Facebook ads team has outlined the situation simply “if Pages don’t want to pay for extra reach, that’s fine. Things will be exactly the same as before. Facebook isn’t forcing people to pay, it’s an added option”

Some have argued ‘Promoted Posts’ are okay for big companies who can afford it but is beyond the small business trying to compete. It is clear now that ensuring quality of content  is something that is within the control of small business who don’t have large budgets.

So businesses are left with two options to increase reach by paying for Promoted Posts or publish better quality content. Try the following:

So what is your verdict?