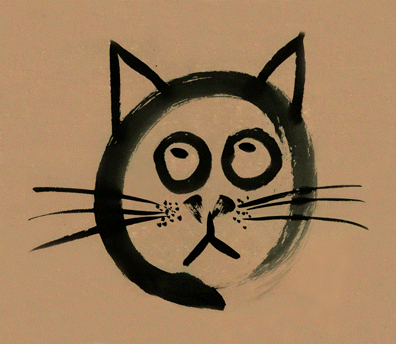 Last week we introduced you to the merits of blogging to promote your business, so now that you are out there blogging merrily away the next step is to develop content that is worth sharing, beyond the confines of your business. Two things happened in the last week to get me really thinking about content and what makes something go viral:

To start with High Fidelity, in 2000 Stephen Frears took a great book and turned it into an even better film, and the soundtrack is well worth a spin as well. John Cusack seems to play himself (or as you imagine he is in real life) and the movie benefits by transplanting the story from London to Chicago. For a change an author seemed happy with the treatment his book received when translated to the large screen, and Hornby was quoted as saying “At times, it appears to be a film in which John Cusack reads my book”.

The key protagonist in the story, John Cusack’s character Rob, is a record store owner and compulsive list maker. At the heart of the music collector is the desire to list and categorise, by genre, first single, first album, first concert, you name it. Sinead Gleeson’s lovely post A Fraction of My Life in Gig Tickets is a great example of that desire to archive and list among music fans*. And it is lists, lists and more lists that will help get your content out to a wider audience.

This brings me to the second inspiration for this post: Totally Dublin published an article (technically re-published it from their September print edition) that gave Dubliners the mother of all lists: ‘200 reasons not to leave Dublin’. The article spread like wildfire and within 48 hours it had been shared more than 70,000 times on Facebook and 8,000 times on Twitter; but don’t get me started on the paltry 60 plus times on Google Plus. This in turn led to coverage on Phantom FM, Dublin’s Q102, 98FM, Broadsheet.ie and the article was blogged the length and breadth of the land.

In response to the question ‘what makes something go viral?’, a straw poll among the team at the Cock & Bull TV office, a self confessed group of social media junkies where we occasionally hot-desk, revealed:

Taking a deeper look at what goes viral

It goes without saying that your content needs to be interesting, but to go a level deeper it also needs to be authentic. Embarrassing works and if you can bring a smile, or even better an outright guffaw, you are really onto something! What else? Your content should be able to tick a few of the following boxes:

Finally, and this is where cats come in, the website Made Up Stats, reckons that 90% of all viral content is cat related, they may not be that far wrong. And I may have made that up.  While there are far too many examples to mention, two that stand out for me are:

You can be entertaining or you can be really useful

So that’s all fine and dandy but I do not own a pet shop, nor am I a vendor of cat food, even less a member of Jedward or Justin Bieber’s entourage and so unlikely to create content that ticks those very shareable boxes, where should I start? For businesses in particular promoting their own content and services is the best starting place. What are the tips that would help your customers get the most from your services? Get out there and offer some general tips for your sector, a great Infographic really comes into its own here. Look to create something artistic, but go easy on selling.

To help me justify my highly pretentious headline, Robert Pirsig, in his influential book Zen and the Art of Motorcycle Maintenance, presents  two personality types, those who live in the moment and those who want to understand details, the inner workings and master the mechanics. Generating viral content is about spending time in the latter state to harness those in the former state. Take the time to understand what makes content worth sharing and tap into people’s desire be amazed, or surprised, laugh, learn, and most importantly to share.

Now that you’ve done the hard work and you have a beautiful, stunningly insightful Infographic/Video/Blog post, don’t just rest on your laurels. It needs to be promoted, and promoted. Where?

Now it is your turn, share what has worked for you!

*by the way, my first gig was Metallica supported by Antrax in the SFX in 1986.